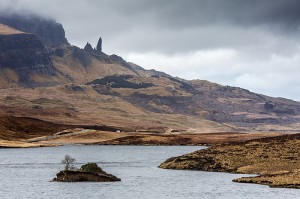 The Isle of Man is a relatively large island and is a dependency of the British Crown although it is also fiercely independent. It is located around 20 miles off the North Western coast of England in the Irish Sea and is roughly equidistant from Ireland. As at 2012 the population of the Isle of Man was estimated at 85,000 souls while the land area is around 588 square kilometres. With a very rocky coast and cliffs that are imposing as well as precipitous, the island is an attractive destination for the discerning tourist. There is also a detached rock which lies a few metres from the coast and which is called the Calf of Man which is also a popular breeding ground for seals. The major towns are Douglas which is also the capital city, Peel, Castletown and Ramsey.

There are also a number of picturesque rounded hills in the centre amongst which the highest peak is Snaefell which rises to just over 2000 feet or 630 metres. A railway carries visitors to the top of the hill where superb views of all the four countries can be seen; Ireland to the West, Wales to the South West, England to the East and Scotland to the North. The Isle of Man boasts magnificent scenery all around and has a very mild climate courtesy of it being an island as well as the sea breezes making it an extremely sought after tourist resort.

The Isle of Man’s population is made up of a variety of Manx (Nordic and Celtic) as well as those of British descent who settled later. The languages spoken are English as well as a Gaelic-Manx dialect.

The island’s economy relies heavily on its well-known offshore banking system as well as its financial services which are second to none thus making it an excellent destination for the discerning tax nomad. There is also a burgeoning manufacturing sector which is mostly based on high technology whilst tourism is becoming increasingly important. The Isle of man was once almost totally dedicated to the agriculture and fishing industry but these are in decline. A popular dish is known as ‘Queenies’ and which consists of a broth filled with tasty limpets that impart their own very original flavour. There is still some farming going on over the island and among the crops grown one finds barley, oats, potatoes and turnips. Animals which are reared include pigs, sheep cattle and poultry while dairy farms and fishing are still practised in many parts of the island. The Manx tweed which is made out of local wool is world famous for its quality and is very much sought after.

The Isle of Man is a Constitutional Monarchy headed by the monarch of Great Britain and Northern Ireland and who is currently Queen Elizabeth II. The government is presided over by a Chief Minister who is elected by the legislature’s votes. It is interesting to note that the island has a bicameral legislature with the parliament being the oldest in the world having been created in medieval times and is called the Tynewald. There is a legislative council made up of 11 seats while the House of Keys is made up of 24 seats whose members are elected for five years by universal suffrage. The Isle of Man also boats its own notes and coins although the currency is pegged with the British Pound.

The Isle of Man has been inhabited since the Neolithic period and there are several important archaeological remains which are a testament to this. These include a number of ancient crosses as well as monuments made in stone. The importance of the island as a strategic fortress in the middle of the Irish Sea is also propped up by the number of castles and imposing fortifications which dot its coast. The island was occupied by the Vikings around the ninth century AD and remained a dependency of Norway until the year 1266 when it passed under Scottish control. The Isle of Man was then the private possession of the Earls of Salisbury and the Earls of Derby from the 14th to the 18th century. It has been relatively independent ever since 1865 when it sold by the Duke of Atholl and purchased by the Isle of Man’s parliament. Although it is a Crown dependency it is not subject to the rules and legislation of the British Parliament.

The capital city and main population settlement is Douglas which is also connected by rail to the towns of Ramsay on the North Eastern coast as well as Port Erin. Although it is known to be an important financial centre with all the major banks situated there, the main industry is now tourism. There are also centres for knitting the famous Manx Wool, a small carpet weaving industry as well as some light engineering. One of the most popular landmarks is the Tower of Refuge which lies at the entrance of Douglas Harbour and which was designed by William Hillary in 1832 who was founded the RNLI (Royal National Lifeboat Institution). A popular tourist attraction is the Manx Museum which is also free of charge and which includes a wide variety of historical artefacts and rare documents which certainly make it worth a visit.

One aspect of the Isle of Man which has gained worldwide currency is its symbol that is also prominently displayed on its flag. The symbol depicting three legs was probably adopted in the 13th century to portray an armorial bearing of the Kings of the Isle of Man who also ruled over the Hebrides and the Western Isles. In 1266, this dynasty ended but although the island’s control passed to the Scottish Crown and then eventually to the English crown where the emblem remained and is also an early representation of the Swords of State. This was added to the flag in around 1300AD. The Three Legs remain on the Manx flag and have appeared on the island’s coinage since the 17th century.

The Three Legs emblem is very similar to that portrayed in Sicily and this connection is probably due to the fact that these are both islands. The three legs are supposedly to represent the Sun which is a source of life as well as power. The Manx symbol differs from the Sicilian one since the latter’s legs are naked and a Gorgon head is displayed in the centre. The Three Legs symbol is also immortalized in the TT races which are the singular most important event on the Isle of Man bringing over thousands of motor enthusiasts every year.