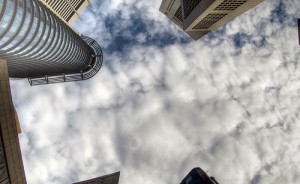 The country of Singapore is quite frequently referred to as one of the best countries in the world for taxation purposes. With constantly reducing tax rates on a corporate level and a plethora of tax incentives which continue to attract and actually increase global investment, the country’s economy continues to grow exponentially. With its very effective single tier tax rate and some of the lowest taxation rates worldwide, Singapore is perceived to be extremely business friendly and is perceived as a mecca for investment and operation if you really want to be a tax nomad.

Singapore is quite an interesting country regarding taxation since it practices a system which is based on its territory and the gains made on it. Companies as well as individuals are only taxed on the wealth that is generated in the country. So income from other foreign sources will not be taxed when it is brought into Singapore if it was already taxed in another country. However one has to be careful how this rule applies since no system is the same and there may be exceptions. However at face value it appears that taxation is made on the profits created in Singapore.

The maximum corporate tax payable in Singapore is 17 per cent. This is an extremely competitive rate and allows the country to continue attracting substantial investment from foreign sources. Another good point in its system is that this is a single tier one where the tax that is paid by the company is not brought down to shareholders so dividends are not taxed making them very attractive investment vehicles. The personal tax rates start from zero and rise to 20% for incomes that exceed USD 320,000 for residents. There is a flat rate of 15 per cent for non-residents in Singapore which is also very attractive.

Singapore also has a Goods and Service Tax on consumption which is 7 per cent at the moment. So you have a good balance between a relatively reasonable rate of income tax and a sales tax which continues to keep the country’s finances on a sound economic footing and make it pretty resilient to external shocks. There is also a withholding tax on the payment of interest, movable property rent, royalties and management fees. Director’s fees are also subject to this withholding tax. On the plus side to this, there is no form of Capital Gains tax in Singapore. However you cannot deduct losses made on capital in your income tax return.

The tax year in Singapore is normal in that it usually starts on the 1st of January and ends on the 31st of December. Tax returns should be filed by the 15th April. However this only applies to personal tax returns with those having a company left free to decide how they wish this to be planned out. However the 30th of November is usually the deadline for sending in a corporate tax return with the taxes being payable on preceding years. Singapore also has around fifty tax treaties with other companies that eliminate the possibility of double taxation.

However you can further reduce your tax rate if you invest in Singapore by making use of the considerable tax incentives provided by the country. As soon as these tax exemptions are applied to income which is taxed you can benefit from huge reductions in taxations especially for small and medium companies which are probably what your company will be.

One of the most attractive tax rates is that you pay absolutely no tax on the first USD 100,00 made for the first three years of tax filing returns. The conditions to benefit from this exemption are pretty straightforward; the company has to be based in Singapore and has to be a resident for tax purposes. Additionally the company should not exceed 20 shareholders where at least one of these has to have at least 10 per cent of the issued share capital.

A company can also benefit from a tax rate of just 8.5 per cent on income which reaches USD 300,000. This applies to all those companies which are resident in Singapore Income which exceeds the USD 300,000 mark will then be charged at the maximum rate of 17 per cent.