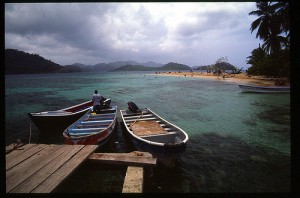 There are numerous advantages in the setting up of a company in Panama where there is a democratically elected government which is pushing hard to attract business from foreign sources. The country’s economic performance is also quite good with steady economic growth as well as an excellent inflation rate which has never gone much above 2 per cent. When compared to other Central and South American countries this is pretty much unheard of. Panama also has far more features and amenities for those who wish to make their home there and to add the cherry on the cake, crime is much lower than these other countries while the costs are also far less.

When the establishment of a company comes into the equation, there are also excellent conditions. First of all the level of bureaucracy and red tape is much less than that in other similar jurisdictions and the government has also established laws to make it easier for those foreigners who wish to invest in the country. Panama also has a climate which is tropical so that’s an added attraction while its low cost of living is something which you will enjoy if you decide to settle there for a while. The offshore banking laws are an added plus while the stable economy also guarantees peace of mind for investors. Tax rates and fees are also extremely low here whilst the range of landscape from a metropolis of life to large and interesting jungles make it an ideal tourism destination.

An additional benefit comes if you are planning to make Panama your resident country which could be a short term option if you are a tax nomad. If you are registered as a ‘pensionado’ you can benefit from a vast range of discounts on almost everything that you purchase. You also do not pay any property tax if you decide to build or buy your own house for a twenty year period. And if you are a resident, the tax rate on income coming from abroad is zero. The asset protection system in Panama is also quite excellent giving you peace of mind for your hard earned cash.

If you look around a bit you will find that Panama is probably one of the most attractive countries in the world to invest and set up a company in. The law regulating corporations in Panama has actually been in place for no less than seventy years and this has been copied by other tax havens which include Bermuda, Belize and the Bahamas. It has over 400,000 companies registered on its books and also boasts a Panama Private Interest Foundation which offers extremely useful asset protection as well as estate planning.

Being a completely operational tax haven, Panama offers numerous tax advantages for international business companies. In fact IBC’s as well as Private Interest Foundations do not pay any sort of tax on their income and there are also no reporting requirements. Neither is there any income tax or capital gains tax. Further tax benefits include no sales tax, zero tax on the issue of corporate shares, no tax to shareholders, nothing on transfers or sale of stock, zero property tax. Neither is there any succession or inventory tax. Basically you don’t pay any tax on any income you get from your IBC in Panama making it a hugely attractive proposition.

Being the home of over 400,000 companies which are domiciled here, Panama is also extremely generous on the reporting front. In fact Panama does not impose any sort of reporting requirements for those non-resident companies which are registered here. The companies registered in Panama can also issue share certificates which are either in Nominative or in Bearer form. The latter allow an anonymous structure of ownership and the certificates may either include a value or not. IBC’s also do not require any paid up capital and no time limits are imposed during which the authorised capital must be fully paid up. Additionally the company directors and/or shareholders can be of any nationality and can be resident in any country. Directors need not be shareholders either whilst the board meetings and shareholder meetings may be held in any country and there is also no need to keep any accounting books in Panama. A huge plus point is that you do not need to be in Panama to register a company and you do not need any sort of commercial license to conduct offshore business either.

When you are setting up your company in Panama you will need the following documentation/information:

First of all you need to provide three names for the company. There are a few rules here since the name must not be in use by another company and neither must it include the words, Inc, S.A. or Corp. The company name must not suggest that it is operating in insurance, banking or any sort of trust activity.

The initial capital should be advised if it is not the standard USD 10,000 that is normally required. A fee of USD 20 applies to the opening of a company with a different capital amount but this does not need to be deposited and a company may be incorporated without capital at all.

The annual fee for an IBC is just USD 150 and has to be paid every year with the first payment coming within three months of the start of the company. A fine of USD 30 applies if payment is not made within that period. Additionally a fine of USD 50 applies if the payment is not made every year. This rises to USD 300 if two payments are skipped. If a company does not pay fees for 10 periods then it is considered to be no longer in operation and its name will be deleted from the public registry.