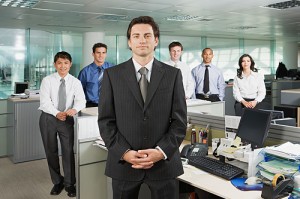 One of the most important things to do before becoming a tax nomad is to set up your IBC or International Business Company. This is basically an offshore company which is set up in a country and which is not allowed to conduct any business in that country but is only allowed to trade in other companies.

There are several interesting points which are advantageous in forming an IBC. These include the fact that the company is exempted from tax as well as stamp duty. Obviously this depends on not conducting and business in the country where it is registered. There are usually some basic charges to form the company as well as operational fees which normally come to a couple of hundred Euro annually. A crucial factor to the benefit of the company’s owners is the complete confidentiality clause which is a huge plus for those wishing to remain anonymous. The company’s remit is also pretty wide so you can engage in several different businesses and/or business activity.

From a technical standpoint, the company is also allowed to make share issues by bearer or in a registered format. You also do not need to make appointments to the board at a local level. You can also appoint an agent who is locally registered to conduct business and to ease as well as facilitate the work that needs to be done in this regard.

Some jurisdictions are complying with advice from the OECD to remove the exemption of these IBC’s from local tax but the plus side of this is that in some countries, the rate of corporate tax has even be reduced to nil. This is being done to avoid offshore companies from disappearing into other more comfortable jurisdictions.

One exemption from this law is found in the Seychelles which is a typical tax haven which you should really consider relocating to! In fact residents who live there can actually form an IBC although this cannot conduct business in the country. The Seychelles also has a local taxation system in place which actually means that the residents are only taxed on the income which is generated locally. Additionally this means that there is no real difference between non-residents and residents for the merits of an IBC. The Seychelles have successfully defended this arrangement in international courts and for a making the country an ideal place to set up your IBC.

On the negative side for the prospective IBC owner, the issuing of shares on a bearer basis has become extremely rare. This is due to the fact that international financial watchdogs are cracking down on such practises.

Setting up an IBC

There are several steps which need to be taken to set up an International Business Company. The procedure varies in different countries but usually includes the following steps:

You have to come up with a name for the company with some countries even asking you for two names. Then you need to have an address where the company is registered. This does not to be an actual office, simply an address which exists and is not fictional or fake. This address should have all the information about the company including the register of shareholders and the records of the director’s meetings amongst others.

Some jurisdictions require only one director for a company but others have a minimum of two or even three. You must also provide the names and addresses of all the directors forming part of the company (although these will be kept confidential. It is also important to provide the details of the business in which the company will operate so a well-constructed and clear business plan would be in order here. Another technical point is the share classes which may be issued by the company.

Other information which is required may be the following:

You should also consult a legal advisor if you intend to found such a company who will give you advice on the best way to proceed. Some countries require licences and application forms to be filled in properly so it’s good to have everything in order before proceeding to operate your IBC.