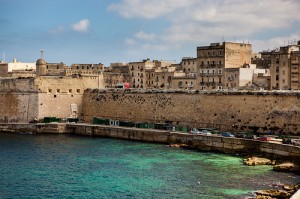 Malta is a pretty relaxed country so you shouldn’t really worry much about going against the grain in certain aspects of your stay or visit. However since passions seem to run high on a number of issues it’s always good to know what works and what doesn’t to make life as easy as possible.First of all, Malta is a very religious country but I suppose you will notice that immediately as you approach the airport if you are visiting for the first time since the first building that greets you is a church just off the airport’s runway! The religion is Catholic and is enshrined in the Constitution so you should be careful as much as possible not to be offensive or cause a stir. The plus side of this is that summer is replete with village festas and other activities which really make a visit to some of the smaller towns and villages a must even to escape the great heat of the season.Which brings me to the next tip dealing with the weather and climate. Summer is particularly hot here in Malta with the season lasting from June to October and with temperatures reaching at least 35 degrees Celsius in the peak of July and August. During these months avoid staying out as much as possible during the late morning and early afternoon and if you go to the beach make sure you protect your skin with as much sunscreen as possible. The climate is no joke although thankfully most offices and dwellings are now fully air-conditioned so if you are working, it is most likely that you find somewhere that is air-conditioned.One of the do’s you really need to explore in Malta is to be conversant in English which is considered as a second language for almost everyone. This is really excellent when you want to converse on some business deal since practically all of the professional companies are English speaking here. There are also a considerable number of English language schools where you can brush up your skills and learn the language properly although be careful on the prices as some are pretty costly, especially the established names.Getting around in Malta is also a bit of a hassle with traffic considerably busy at almost every hour. The public transport system has recently been reformed among much controversy but it is still not up to scratch and is not that reliable. You could opt to rent a car to go around what needs to be done on a daily basis and try to avoid taxis as much as possible as some are frightfully expensive although there has been an attempted reform of late which hasn’t been that successful.Malta is well known as being a gem for architectural and historical heritage so you must begin your visit with visiting some of the better known places. Be warned, although the country is only 19 miles long and nine wide, it packs an incredible punch as far as tourism is concerned. You should first visit the magnificent baroque capital Valletta and take in the grid plan of streets with thir ornately decorated palaces and auberges. Then there are the museums, two of which are highly recommendable and which are the National Museum of Archaeology right at the beginning of the main thoroughfare that is Republic Street and the National War Museum which lies at the very end of the city close to the fabled Fort St Elmo. Valletta is also replete with restaurants, cafeterias, wonderful public gardens and an array of churches which culminate in the magnificent baroque splendour of St John’s which are all worth a visit.Another foible which you should keep in mind is that electricity sockets here are based on the British system which means that sockets are three pin so if you’re European make sure you bring an adaptor with you. These can also be bought from most electrical stores. Try and be as friendly as possible with the locals since if these notice that you’re snobbing them out you will probably end up getting short shrift over almost every issue with regards to service.Malta is also a very professional country when legal and financial services are concerned. There is an army of firms and companies who provide these services and when you are setting up your base here, you will be spoilt for choice on whom to choose to represent you. Choose wisely and carefully but you really shouldn’t be conned at any stage. If you are looking to buy or rent a property look around a bit, there are lots of bargains to be had since the property slump around here is already being felt although it is not as pronounced as in other countries.