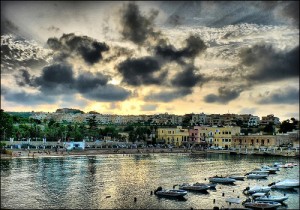 Malta has a state of the art legislative framework which is based on the free market. It has three vehicles which spearhead this business and these are the Investment Services Act, the Competition Act and the Companies Act. The Investment services Act was incorporated to regulate investment business in Malta which includes administration, advice and management. The Malta Financial Services Authority (MFSA) provides the relative licenses for companies who operate in the sector. The Companies act on the other hand provides the relative legal framework which is required to administer the mergers as well as the transposition of the relative EU directives in relation to financial services. The act also provides for legislation for a common system of taxation on the mergers, asset transfers and exchanges which also eliminate the tax obstacles that usually crop up.Malta is almost completely dependent on Foreign Direct Investment in its economy but also has an excellent track record in this regard. There is a strong legislative framework which provides the necessary protection for those potential investors through an extensively tested anti money laundering legislation as well as professional secrecy of an extremely high level. The varied sectors that invest in Malta also make it a highly diversified and knowledge based economy.Malta offers quite a liberal tax base and recent legislation has also come up with far greater flexibility for specific sectors such as the gaming industry. At the moment Malta’s corporate tax rate is 35 per cent on all income which is generated worldwide while shareholders can claim 6/7 of the corporate tax paid to Malta through a system of refunds. There are two laws which provide the framework for this and these are the Malta Enterprise Act and the Business Promotion Act. The former encourages investment in Malta through a varied number of schemes which include tax credits as well as credits on the expenditure made by companies to purchase related equipment. There are also schemes where tax refunds may be achieved by deducting wage costs from the taxable income during the first two years of operation.The Business Promotion is also an important piece of legislation for Malta in that it is considerably wider in its scope than its predecessor. It is primarily aimed at high tech industries which are known to provide growth and economic potential. Amongst these one may include software development, maintenance work on aircraft as well as high tech manufacturing. E-gaming is also a sector which has benefited greatly from the BPA. The taxation system for such companies offers a tax reduction which starts at 5 per cent for the first seven years and which can eventually rise to 15 per cent.  Profits gained from such operations are also taxed at a much lower rate of 15.75 per cent which is more than half the standard 35 per cent.  There is also the possibility for companies who are expanding to benefit from a tax reduction of 50 per cent on the purchase of some machinery while a reduction of 20 per cent is also applicable for those buildings and company premises which qualify. Some employee costs can also qualify for such deductions.Malta’s Income Tax Act provides reduced tax rates for foreign business as well as investors. With over sixty Double Taxation Agreements currently in force, the country is one of the major financial centres worldwide for such tax relief. A flat tax rate of 25 per cent applies on all income received in Malta while any income which is allocated to a foreign account is taxed at 25 per cent to start up to 35 per cent from which a refund of 20 per cent is given as a credit against the tax liability.Malta is also an ideal country to set up residence and several laws make it easier to do so. With an attractive climate, state of the art infrastructure, a high standard of living, world class health and education services, Malta is probably one of the best countries in the world if you want to relocate or become a tax nomad. The Malta Permanent residence Scheme offers an attractive option for those who wish to relocate and the jurisdiction is currently amongst the best placed internationally for both high quality living as well as retirement.An added benefit is that the financial qualifications for such a resettlement are very attractive and not onerous at all. In fact permanent residents are entitled to considerable benefits which include a very low tax liability of around EUR 4,200 as well as the absence of any worldwide income tax or wealth tax. There is also no need to buy property and there are no minimum investment requirements and no inheritance taxes either.