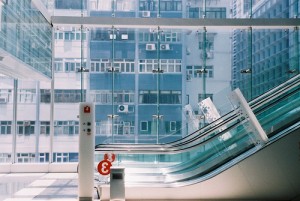 AS with all other jurisdictions that wish to attract foreign companies to their shores, Hong Kong benefits from excellent tax rates. In fact one of the main points of attraction of the Hong Kong tax system is that for all transactions which are made outside of the country, no tax applies. However it is already known that Americans who reside abroad still have to taxes on the income which they make abroad. However with some creative accounting you will note that the amount of corporation tax and other personal income tax paid is at a minimum if you reside and work in Hong Kong

Another interesting law which applies in Hong Kong is that you can actually write off most of your company expenses against the business since this is quite restricted in other countries. Thus travel and residential expenses can easily be written off against the business making it much easier to operate. And of course you don’t pay taxes on those expenses either! Such a system will save the expenses considerably and make your life as a tax nomad far far easier and much more pleasant.

Although China has taken over the country since 1997, there is not much in the way of business interference, in fact there is none at all. Hong Kong is not actually considered as a jurisdiction that is strictly offshore however the government encourages it as an area where low taxes apply and with the principle that only profits made by companies which are registered in the territory apply. Additionally Hong Kong’s tax laws are very simple when one compares these to jurisdictions which are onshore. Some of the advantages may be listed below:

When judged by standards of the OECD, tax rates in Hong Kong are very low. There is very little taxation case law since the very low tax rate means that it does not make much sense challenging a tax assessment in court as to penalties is very prohibitive so nobody really goes to court on this issue.

And as is to be expected, there are several taxes which are in place in other countries simply don’t exist in Hong Kong. Taxes such as capital gains tax, sales tax, VAT, annual net worth tax as well as accumulated taxation on earnings do not exist. And as if this is not enough, Hong Kong actually plans to completely remove stamp duty on any sales and/or issue of shares as well as securities so that direct taxation is further reduced.

The standard rates of taxation in Hong are as follows:

For an individual person, the taxation rate on salaried income is 15 per cent flat. For corporate companies and individuals, the rate of taxation on profits is 16.5 per cent whilst on those businesses which are not incorporated, the rate drops to 15 per cent.  There is no capital gains tax in Hong Kong and there is no VAT or a goods sales tax such as in Singapore.  Neither is there any sales tax.

Other taxes have also disappeared across the years such as the Estate tax which went in 2005 as well as withholding tax and royalty taxes. There is some stamp duty which is usually levied at 4.25 per cent on any immovable property and this depends on the price of the property when it is sold. However this extremely low rate of stamp duty resulted in considerable property speculation in recent years that have seen prices skyrocket to the detriment of the economy. One of the measures which the government introduced to counter such speculation was a Special Stamp Duty on any residential property which came into effect in 2010. There has also been talk of further measures to curb speculation but so far no other new taxes have been introduced.

Hong Kong also has a number of treaties with several other countries with regard to double taxation. Since Hong Kong operates the territorial system of tax, any income which comes from other countries and flows into the country is not taxed. There are other measures which assist those doing business in Hong Kong to avoid double taxation and since the Hong Kong area is known as a Special Administrative Region, it has negotiated several Double Taxation Agreements in several areas but mostly with countries that are considered as trading partners. This also means that when doing business in Hong Kong, double taxation is the least of your problems.