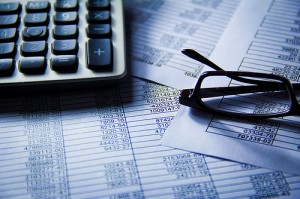 Defining the avoiding of taxes is slightly tricky but could mean to be the use of a current tax regime in any particular country which reduces taxes to one’s advantage and which reduces taxes that have to be paid through legal means. A similar concept is that known as tax sheltering, which is practised by tax havens that are those jurisdictions which ease the application of taxes. This is also described as tax mitigation in these situations since the original use of tax avoidance is preferred to the shady tax evasion. There are also strategies which are deemed as tax aggressive and which usually fall into that area which is common and usually accepted tax avoidance. Some purchases with lower taxes such as bond buying in the US can be viewed as legitimate means of tax avoidance.

There are several laws in developed countries which may be branched under a group of statutes which outlaw ‘tax aggressive’ avoidance. Amongst the countries who have passed such laws, one finds the US, Australia, Norway and South Africa. There have also been other judicial doctrines which have defined tax avoidance as illegal such as Gregory vs Helvering in the US and in Ramsay for the UK. Although the application of such case law is not the same in every country, these rules usually outlaw the avoidance of taxes on a personal basis and which are not business based. Tax planning is another term which is used as well as tax sheltering to describe the avoidance of taxes.

Some countries go around the law by describing the avoiding of taxes as something different than the more roguery descriptive tax evasion. Although almost all countries have strategies in place to collect taxes, there are an array of firms and accounting companies who go to great lengths to provide clients with strategies to avoid taxes as much as possible. This fact has also been recognized by the Supreme Court of the United States who seems to imply that if the avoiding of taxes is done in a just manner, this is not breaking the law.

Companies or individuals can reduce their tax liability considerably by incorporating a company in a country which allows the formation of offshore companies. These are normally countries who have very low tax rates or which even do not charge any taxes at all. These countries are better known as tax havens. There are several countries where one can do this and these include the Seychelles, British Virgin Islands and Panama. Alternatively one can travel around the world and live for short periods in different countries and become a tax nomad. Another option is to move to countries where a lower rate of tax applies.

The United States is unique in that its citizens in that the Federal Income Tax law applies both to non-residents as well as its citizens, even if these live on a permanent basis outside the US. This means that US citizens cannot simply avoid taxes if they leave the country. Some US citizens actually renounce their US citizenship simply to not remain in the US tax system. Some exceptions are made for those citizens who live and work abroad for a portion of their salaried income.

Some countries calculate tax on the income gained or profits made in that country even if the company or individual is resident elsewhere.  Several countries have double taxation agreements with others and these treaties are increasing considerably of late. This is supposedly made not to tax non-residents twice. However there appear to be a very small number of countries that are known as tax havens which have double taxation treaties. In several cases, you cannot really just move you money to a tax haven to avoid paying tax but have to physically move there as well.

Another way of avoiding tax is to move funds into what are called as tax shelters. These are investments that may reduce one’s income tax liability. These may include owning a home, a plan for pension or retirement and other similar investments since these funds are usually not taxed if they are kept the said account for a specific period. However some of these funds were deemed to be out of line by certain tax authorities especially when limited partnerships were formed.