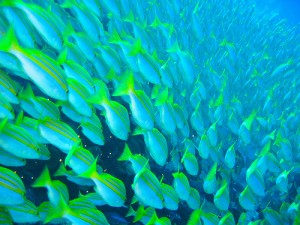 Tax rates and laws in the Seychelles are among the most advantageous in the world with the rate being zero in most cases. What’s more, an IBC registered in the Seychelles is considered as a completely independent legal entity with basically much the same powers as a normal person.

The IBC only requires a basic minimum of one director and shareholder and these can actually be the same person. Unlike other tax haven jurisdictions there is absolutely no need to have any local person acting as a director or shareholder in the company. This means that any foreign person or corporate company can be a shareholder or a director in the IBC. The company does not have to appoint any official to the company.

Thus it has already been established that the directors and shareholders of the IBC which is registered in the Seychelles can be companies or individuals from any nationality. Board meetings are not necessarily held in the country and there isn’t even the need to hold an AGM. Meetings can also be held via the telephone or by other means such as video conferencing. The possibility of voting by proxy is also entertained. Additionally the company’s corporate structure may be structured according to a wide range of requirements. These may also include bearer shares.

In fact an IBC registered in the Seychelles can issue bearer shares or registered shares and these may also be considered as voting or non-voting shares. Some shares may also be kept aside to be used when voting on particular business. There are various other permutations which can be used with these shares including no par value, unnumbered shares, redeemable and preferred shares. These shares can only participate in particular assets.

However although an IBC registered in the Seychelles can issue bearer shares, there are some legal restrictions to their issue and eventual transfer. The Seychelles IBC Act allows bearer shares to be issued but also requires that in the case that such shares are issues, these are recorded and the personal details of their holders are also recorded in the Register of Bearer Shares. Additionally a transfer of these Bearer Shares may not take place and will not be effective until the names and addresses of the new owner/owners are made in the said register. This effectively means that the transfer of bearer shares cannot be carried out in anonymity. There are also arguments against the issue of bearer shares mostly due to the fact that several banks will not open bank accounts for companies that have bearer shares in their shareholding structure.

Another law which is important to observe in the Seychelles is that regarding the naming of a company. First of all the name of a new company must not already exist in the Registrar of Company records, in other words no two companies can have the same name. You must also be careful when coming up with company names since these cannot be very similar either as the name may also be refused if it is deemed to be similar to another company name and is intended to deceive although if the other company gives consent then it is generally accepted.

Additionally there are several company names which cannot be used and which are restricted in the Seychelles. Any company names which include words such as chartered, imperial, municipal, insurance, trust, chamber of commerce (and several more) cannot be used in the company name. Companies cannot use the word Seychelles in their name either; however there have been exceptions on this score if the Company Registrar believes that this is necessary. Names which are considered to be offensive or indecent may also be refused by the Registrar so be careful what you come up with when naming your company!

So to sum up when registering an IBC you have to take note of the following:

The IBC can conduct international business but not local business. It does not have to be considered as formally resident in the Seychelles and the language of all documents is in English. There is no income tax or business tax applicable on IBC’s in the Seychelles either. No minimum paid up capital is required and the amount of authorised capital has no maximum either. The government licence fee is just USD 100 and is applicable to all amounts ranging from a few hundreds to tens of millions. The minimum number of directors and/or shareholders is one and these can also be the same person. Bearer shares are allowed as are non-resident and corporate directors. The company has to have a Registered Agent and an Address in the Seychelles. This agent keeps the Register of Directors and Members and these are not filed for public record. The holding of an AGM is also not required while the minutes and resolutions of board meetings are kept by the agent. Confidentiality applies in all these procedures. Keeping of accounts is required but these need not be audited or filed. An IBC does not have access to tax avoidance treaties in the Seychelles but it is not subject to any foreign exchange controls or restrictions.