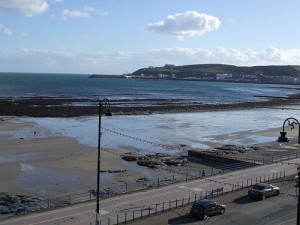 The Isle of Man is a pretty relaxed country in many ways so you don’t need to be overtly careful on how you conduct yourself although some tips are definitely in order. First of all if you are setting up a business in any country you will have to mind the customs of that country especially when doing business and the Isle of Man is no different. If you have never travelled there before it would be useful to get to know some of the etiquette and customs by doing some research beforehand. You are probably aware that a completed business deal often depends on how it is struck and by the relationship between those involved and of course businessmen in the Isle of Man are no different. It’s quite a great country to live in actually.Business etiquette in the Isle of Man is actually very similar to that conducted in the UK so wearing a smart and formal dress when going to meetings is important. Punctuality is also very much an issue here so don’t be late when going for that important meeting since it could cost you quite a packet in lost business. However one of the most important things to do when you get to the Isle of Man is to move around the place a bit as there is quite a lot to see and do.One of the best places you should go to is the Manx Museum which provides a wealth of information on over 100,000 years of Manx history. Here you will also find quite a lot of information on the historical sites and monuments which dot the island’s landscape. There are several ancient heritage sites, monuments and other museums which should keep you occupied for quite a while if you intend spending a few weeks here. One of the most interesting trails you can take is the Story of Mann trail which will take you around castles, old forts, important religious sites as well as pretty vast burial grounds which were left behind by the island’s first settlers that included the Celts and the Vikings.The Isle of Man is also an island with quite a lot of open space; in fact just over 40 per cent of it is unpopulated. There are no less than 17 different glens which will allow you to spend as much time as possible in the midst of nature. There are also a considerable number of very well maintained parks and a must visit is to the Curragh National Park which is replete with all sorts of wildlife and animals which come from all corners of the globe.If you are a wildlife enthusiast (not just a boring tax nomad), you are sure to find somewhere you will enjoy in the Isle of Man. One of the most beautiful and stunning places to observe wildlife is the aptly titled ‘The Sound’ which is an ideal location to observe seals enjoying their natural habitat on the island’s rocks and the sea. There’s a beautifully located café’ right at the tip of the island where you can observe the seals and enjoy some tea and scones in pure heaven. There is also the Ayres Park in the North of the island which is reputedly an ideal spot for the watching of birdlife.A heritage attraction which is an essential ‘do’ when you are on the Isle of Man is the Laxey Wheel. This was designed by the fabled engineer Robert Casement and was built in 1854 to pump the water from Glen Moar which was then an important part of the important industrial complex known as Great Laxey Mines. The wheel stands at over 72 feet high and carries the name, Lady Isabella making it one of the most popular tourist attractions in the Isle of Man for well over a century. The Laxey Mines themselves are quite an impressive place to visit and after turning the wheel to your heart’s content you could do much worse than take a trip into the vast and complex system of tunnels which permeates the rock and which was the workplace for hundreds of Manx men who earned their livelihood in this dank, damp and dangerous place. There’s also a heritage railway called the Great Laxey Mines Railway which takes you around the mines and which was previously used to carry the lead and zinc which was mined there.Another essential visit is going to the top of Snaefell which is the highest mountain peak on the Isle of Man. You can go by railway to the top departing from the Laxey Wheel itself. The mountain railway is probably the oldest in operation which is still extant and winds up to the 2,000 foot peak taking in some really spectacular scenery. You can see all the seven kingdoms when at the top (make sure to dress well if you are going in winter since it can be bitterly windy and cold up there) which are Scotland, England, Ireland, Wales, Mann, the sky and the sea. You really feel like  atax nomad at the top of Snaefell!